Parisians take their liberté seriously!  There is of course the history of their nation and the Declaration of the Rights of the Man and of the Citizen of 1789 being considered one of the most important documents that have shaped the world in terms of the idea of freedom for all mankind, and having in part inspired and influenced the United Nation’s Universal Declaration of Human Rights (that was itself indeed adopted and signed in Paris in 1948).

But the citizens of Paris seem also to have liberté close to their hearts, and you can see it in their everyday lives, literally and quite liberally (pun intended).

There’s first the symbol for liberty, if that’s what you are looking for, and yes, it’s Marianne … and you should head to Place Nation or Place République where you’ll find a bronze sculpture and statute respectively.  Marianne is holding aloft an olive branch in her right hand and resting her left on a tablet engraved with Droits de l’homme (the Declaration of the Rights of Man and of the Citizen).  She is also surrounded with three statues personifying liberty, equality, and fraternity, the values of the French Republic.  At the base of the statue is a lion guarding a depiction of a ballot box.

Marianne and these symbolic meanings she personifies are taken quite seriously; the Place de la République is often the gathering place for large demonstrations.  Indeed, after the terrorist attacks in January 2015, one of the largest demonstrations in modern French history (reportedly numbering one and a half million) walked and rallied on the Place de la République to mourn and express solidarity (lots of “Nous sommes Charlie” and “Je suis Charlie” plaques there).  And the same happened following the November 2015 Paris attacks.

In fact, if you know about that very Parisian thing, the manifestation (or manif for short), you are likely to either know about or marched on the Boulevard Voltaire, the 3.5km long road that stages many of the city’s manifs and has Place de la République with its statue of Marianne at one of its ends.  The image of Marianne, by the way, comes down from Antiquity, or so the Government of France informs us, adding some more details about its Roman heritage perhaps most of us don’t know (“OK, we say!”): “The Phrygian bonnet was worn under the Roman Empire by former slaves who had been emancipated by their master and whose descendants were therefore considered citizens of the Empire.”

That Marianne is a personification of the values of liberty, equality and fraternity can be seen in how the Yellow Vests (or gilets jaunes) smashed a Marianne statue inside the Arc de Triomphe in the series of protests that took place in 2019.

So, yes, liberté for Parisians is female and is associated with beauty.

But it is also something to be fought for.  If you are in doubt, brave the Louvre and search out its Liberty leading the People (La liberté guidant le peuple) painting by Eugène Delacroix, painted to commemorate the revolution of 1830, depicting her in full battle mode.  A woman of the people with a Phrygian cap personifying the concept of Liberty leads a varied group of people forward over a barricade and the bodies of the fallen, holding the flag of the French Revolution – the tricolour, which became France’s national flag after these events – in one hand and brandishing a bayonetted musket with the other. 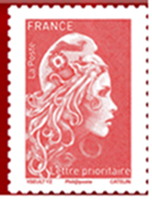 But liberté is not only serious business but close to Parisians’ hearts.  You can very much get close to liberté at a famous café in Paris!  Le Procope, the city’s oldest café (still closed due to Covid) and located in the 6e, is where the French revolution’s slogan “liberté, égalité, fraternité” was coined. This was where Robespierre and the Montagnards met on the eve of the Revolution, where Benjamin Franklin drafted the alliance between Louis XVI and the American republic, where playwright Piron quarelled with Voltaire, and where Voltaire created Candide.  And if you think you can escape the liberté theme, you can’t even do that by heading for the toilets, because you will be entering as “citoyens” and “citoyennes” rather than “male” and “female”!

Or, you would be forgiven to think that sitting at a café itself is an important liberté for Parisians.  Paris without its terraces would not be Paris, and many ideas and projects were born over a cup of coffee in the outdoor café terraces (or indoor banquettes, for that matter).

And if it is 20th century historical events you are thinking about, it is probably a great time to head to Musée de la Liberation de Paris (currently closed due to the latest lockdown) which opened its doors in 2019 to much fanfare on the 75th anniversary of the event.  Located in the 14th, this dedicated museum was originally opened in 1994 at Montparnasse, with its collection moved to its present new home at Place Denfert-Rochereau, in a building that used to serve as one of the ancient toll gates for the city, and under which the command headquarters for the liberation of Paris was located.  Yes, the history is that Paris the grande dame was occupied during WWII – since June 1940 – with Parisians suffering the Nazi command setting up central commands in its most luxurious and prestigious hotels, signages being changed and clocks adjusted to German time, shortages of food and supplies, rationing and curfews, and so on, it wasn’t until August 1944 when it was finally “liberated”.

And the museum is one of a small number of Parisians museums where entrance is free (here we go, we are talking literally about liberty again!) for visiting its permanent collections.  The official address is 4 Avenue du Colonel Henri Rol-Tanguy, 75014; it is essentially at the south-west corner of Place Denfert-Rochereau.

And so, we’ve finished a spirited whiz around Paris and the liberté-themed things Parisians congregate around, think seriously about, or live their daily lives around.