We here at Madeleine’s love walking cities – whether it’s travelling “in”, “through” or “across” those urban spaces!

In fact, we think meandering one’s way across a city and running the risk of getting lost (whether armed with maps or not) is an art that needs to be recovered and rediscovered!

In this year where “distance” and “travel” have taken on new meanings and where taking long trips seem out of the question, we profess once again our love for walking and for discovering our own cities, our neighbourhoods, or as some may put it, our “backyards” (or, we can always “dream”).

With new eyes, we can rethink how we live in the city, how we travel, how we consume, and our relationship with others and with the spaces we share.

We love the idea of walkable neighbourhoods.

There is nothing that can replace a journey where one feels the ground beneath one’s feet!

In fact, if you are spending time in Paris, we heartily recommend walking the bridges of Paris as a “taster” where you will be skirting a number of different neighbourhoods.

We must reclaim the public and make it inclusive and walkable so that people feel OK to slow down and participate in it even as an active observer.

With all these thoughts in mind, we decided to bring you some of the most convincing ideas about the walkable neighbourhood … all summarized in 8 points …

8. Walking is faster than most people think!  Once you get into the habit, you can in fact be able to have a better sense of time!

We’ll add the nineth – but recommend not to spend too much time on it – and that is you can find some wonderful photo ops while doing your neighbourhood walking and honing your observation skills!  We here at Madeleine’s found these colourful and artistic pumpkins on a walk through the Nottinghill neighbourhood in London, and a photographer friend put together a collage of the historical-style steel folding-doors / folding-gates from walking through some of Hong Kong’s oldest neighbourhoods. 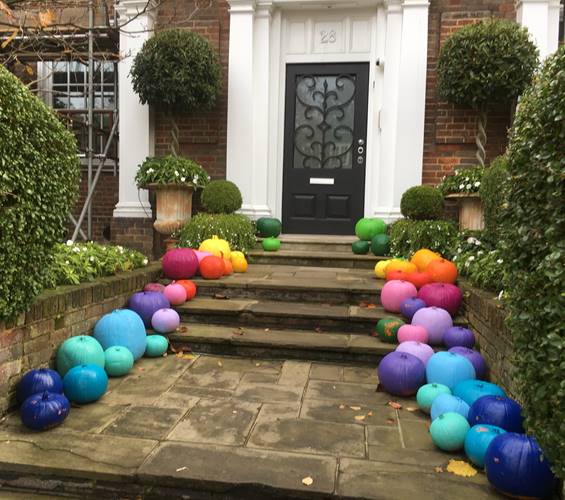 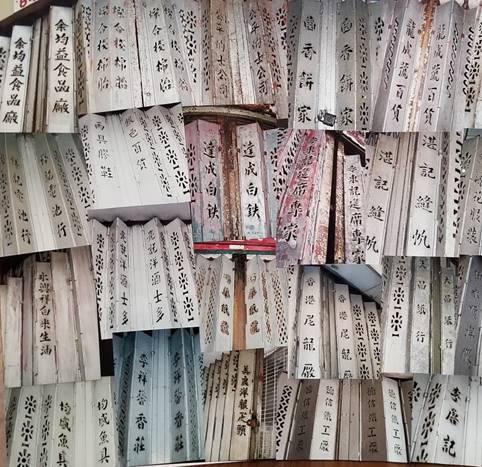 After writing these 7-and-a-half points, we are off to doing more walking!