Despite the low cycling statistics for two of the most famous cities, Paris and London, all is not lost.  There are other noteworthy trends and possibilities, including an ultra-high 46% walking modal share for Paris and almost 30% for London, according to Deloitte’s City Mobility Index.  In fact, we find excellent walkers and walkable cities around the world, especially if we hop over to Asia.  Here, we see other attractive options that are also considered “green”.

As we zoom over to the mega cities of Beijing and Tokyo, we find that …

27% of Beijingers and 19% of Tokyoites walk to work, according to Deloitte’s index, with 9% and 16% by bike, respectively, though perhaps the city with one of the best walk-or-bike modal share is Amsterdam, both at double-digit percentages – 29% and 32% respectively – at a combined 61%! 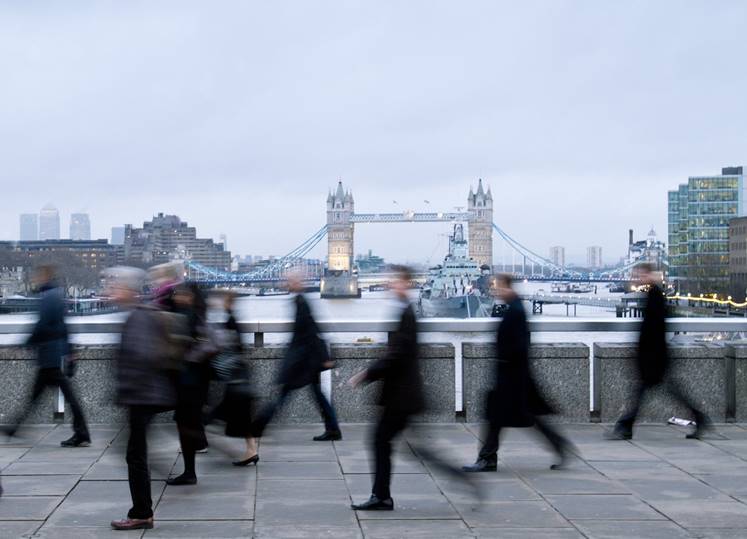 Tokyo is really quite unique as it is a huge city while scoring very well in terms of the size of its city blocks (it has the distinction of making the top 5 of the world’s major cities by small size of city blocks, a measure of a city’s “walkability”, a series of indicators developed for the world’s leading cities by the New York-based Institute for Transportation Development and Policy).

Another important measure of “walkability” for leading cities, according to ITDP’s research, is closeness to car-free places (within 100m) like parks: here Hong Kong scores world number 1, with Paris and London in 3rd and 5th places.

Yes, the simple mode of travelling on foot is a favoured means of commuting to and from work …. which reminds us at Madeleine of Norwegian explorer Erling Kagge, conqueror of both poles and Mount Everest, who made a simple observation about walkers:

While not all walkers in Beijing and Tokyo are happy, we imagine that they are probably at least a little happier than the non-walkers (there is, nonetheless, a World Happiness Report published by none other than the renowned Columbia University’s Earth Institute under Jeffrey Sachs).  Of course, the weather in these cities are not as hot as that of Singapore or Hong Kong, making it probably easier to commute by walking.

V. Is it greener?

The answer is a definitive yes.  The transport sector contributes 15% of emissions globally (with 72% of it coming from road transport), even if it varies depending on the city.

At the more granular level, the city of Copenhagen calculates that for a 7.5 km commute there is a 92% reduction of CO2 emissions by a shift from car to bicycle.

Looking more broadly also, the world’s top 100 cities are responsible for 18% of emissions, with NYC, Hong Kong and Singapore topping the list, even if they are behind some other places on per capita terms.

VI. What are the worries?

Commuters who cycle are stressed about safety.  That’s why Copenhagen city measures the number of kilometres cycled per fatal injury (which has been tracking down steadily).

There are ways to protect biking commuters and increase their sense of safety.  A clear example is the protected bike lane – cities that installed protected and separated bike lanes had 44 percent fewer deaths than average cities, according to University of Denver researchers.  There are other useful and valuable measures too – curb-separated cycle lanes, dedicated traffic signals, and so on (we discuss more in Part III).

VII. Alternatives: become the queen of the public transit system

The other “green” and very efficient option that makes a huge difference to the commuting lives of many city dwellers is what we can call the “original” shared mobility options, the public transit system (buses being the other, with trams, the “original” electric shared mobility, seriously making a come-back [see our Part III]), and here the city of Hong Kong tops it all with a 88% modal share of commuters using its highly integrated public transit system of rail, light-rail, metro, bus, mini-bus and ferry, linked also by a cross-modal electronic payment system.  Its much used and highly punctual metro system, the MTR, was one of the first to be established in Asia and represents about half of that public transit share. 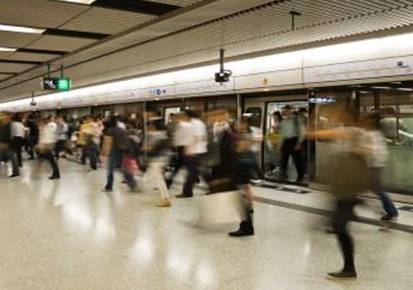 It is noteworthy that in McKinsey’s comparison of the public transit system in 24 cities, “safety” tops the list of important considerations for residents by a wide margin.

So, if you the city mayors wants to be the queen of the public transit system, you need to make the system safe as a first priority and get the basics right!

Having said that, Tokyo really merits a special mention here as access is extraordinary here: 80 percent of jobs and the population in the city are within one kilometer of a metro or suburban rail station, making Tokyo among the best in the world for rail infrastructure.

(to be continued in Part 3; see the daily commute – part I on Copenhagen, Paris and London here)