We went walking around town in London early this December.

And what did we find? 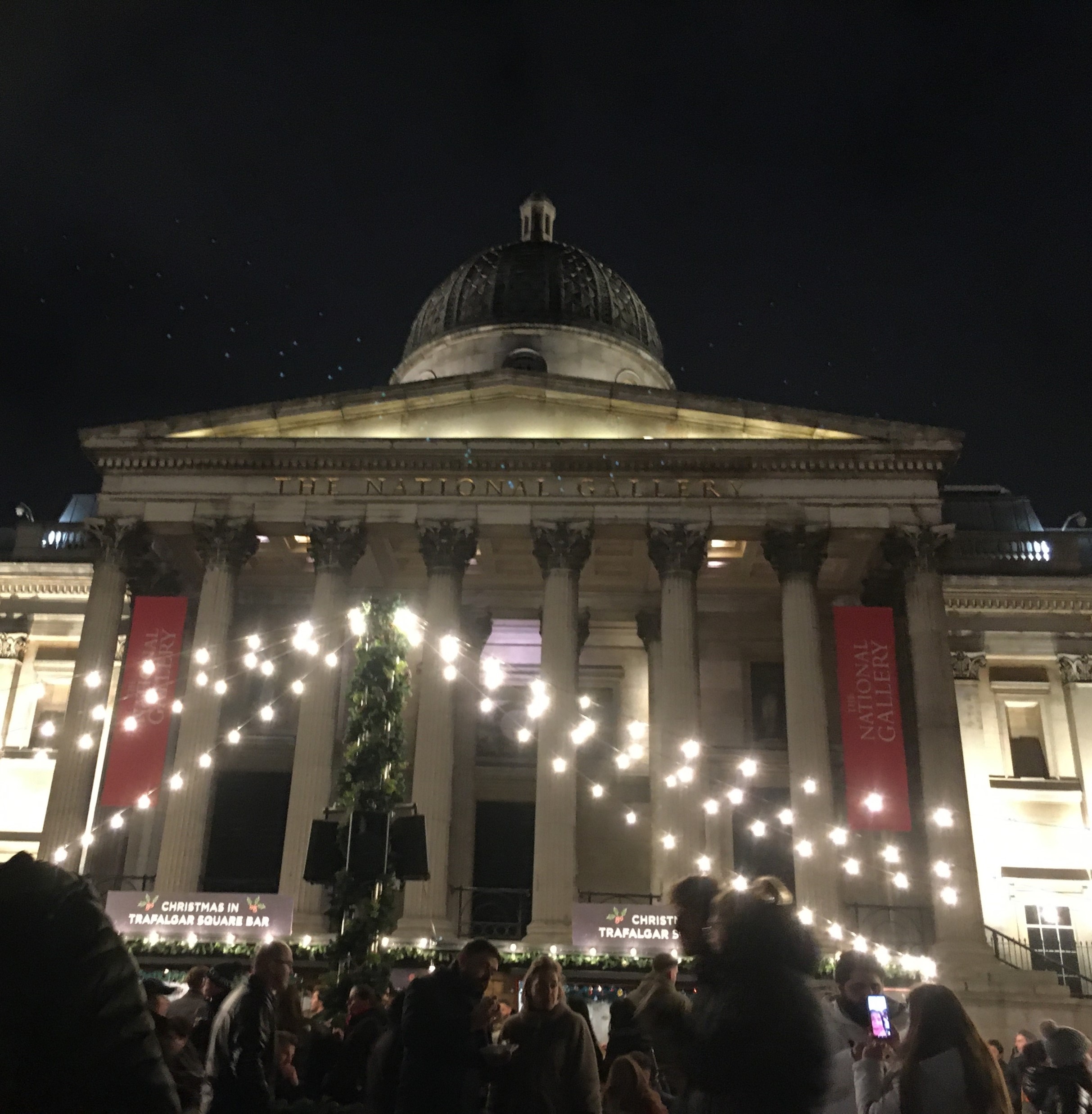 First was the wonderful Christmas atmosphere at Trafalgar Square.  While the “Christmas market” itself is relatively small and nothing to write home about (the top 3 by our word-of-mouth research is “Christmas by the River” at London Bridge, Spitalsfield Christmas Market, and Kings Cross Christmas Market for its lights and gifts) it’s still pretty nice to feel the atmosphere there and the huge Norwegian spruce tree that is donated from Norway each year in gratitude to the British people for the support received during World War II, standing tall against the backdrop of the National Gallery and St Martin in the Fields and of course next to Nelson’s column.

Second was a Christmassy cinnamon-y smell next to a coffee shop we like somewhere close to Carnaby Street right in the middle of town and then discovering a wonderful sign that says “Follow your nose, buns are very close”.  We stopped.  We looked around.  We saw a non-descript door.  We opened it, and discovered lots of cinnamon buns and Christmassy looking pastries. 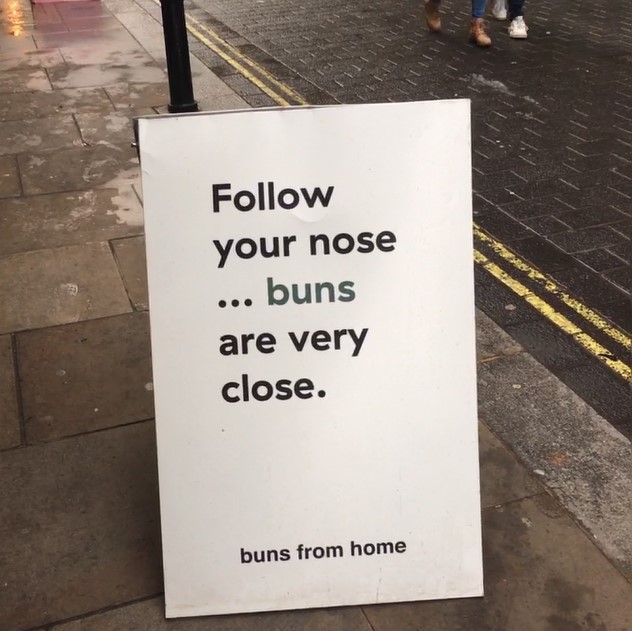 (Pray tell us: are bakers now required to make up sentences that rhyme too?)

Third, we went hunting Regents Canal downstream on a walk from Dalston to Hackney.  We first dropped by the words-don’t-describe-it Dusty Knuckle Bakery Shop (OK, we didn’t just drop by, we made sure our stomachs were ready for some food when we dropped by, because this is the bakery that supplies much of London and whose sticky buns “may momentarily change your outlook on life“, in addition to being a social enterprise that aims to help at-risk youth transform their lives through on-the-job training and mentorship) and then we walked off our “bakery goods” with a walk to the Columbia Road Flower market as well as the Broadway Market, both of which were close by London Fields, which allowed us also to walk along the Regents Canal for a small stretch, before we dropped by that cactus shop called Prick and then zooming back to central London on the Central line from Mile End underground station. 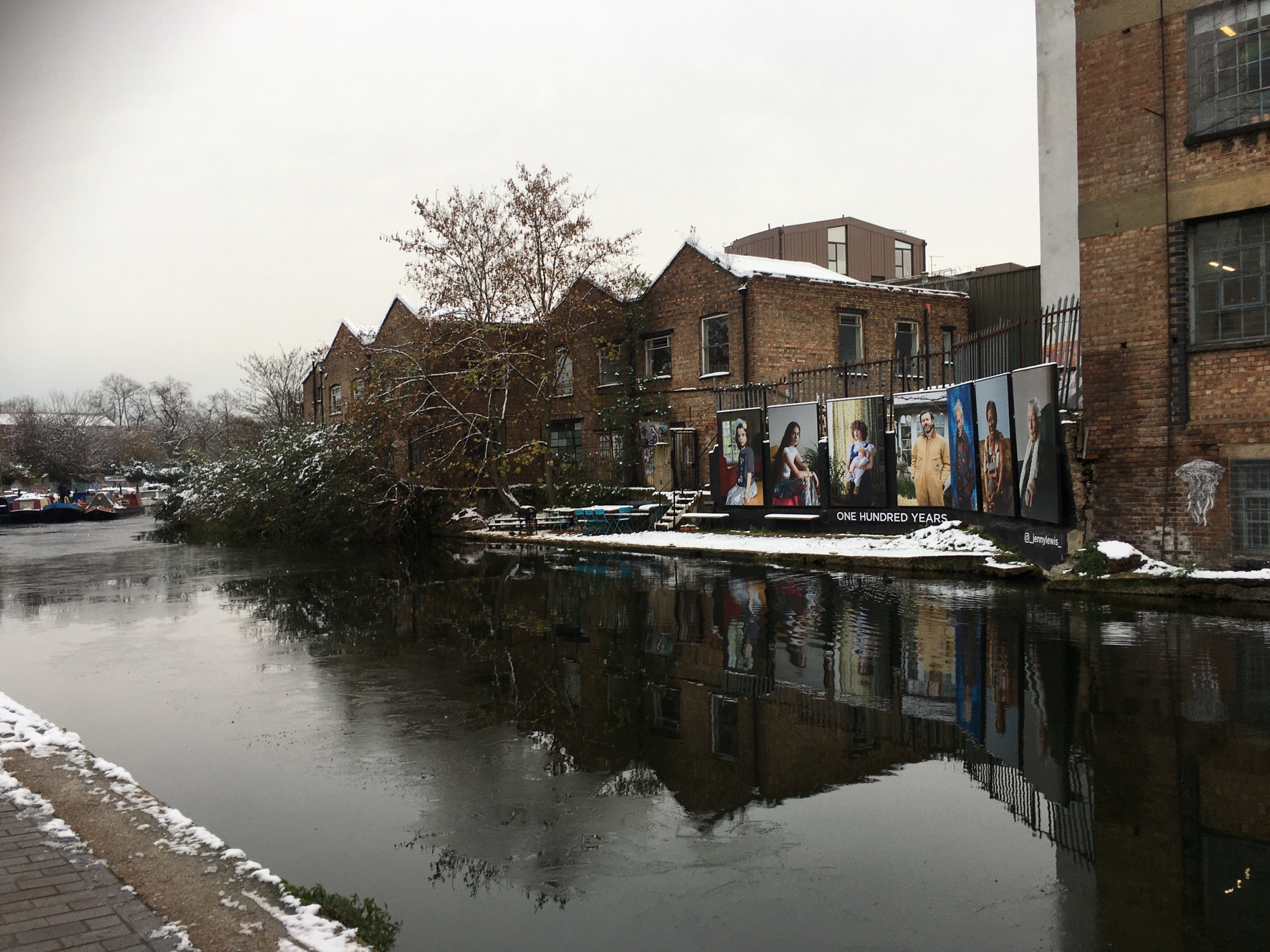 Broadway Market, which neatly connects London Fields with Regents Canal, has a long history as a vital supply route for Phoenician trading ships moored at the ancient “Pool of London”, the trail still known to this day as the ‘Porter’s Path’ which stretches from the Isle of Dogs and Billingsgate, by what is today’s London Bridge.  It is a mix of cute coffee shops, chic boutiques and one of London’s hippest markets with fresh produce, vintage clothes and delicious street food, complete with a hardware shop (at #81-83) as well as a bookshop (at #75).  And we are willing to profess our love for Floris Food’s pastries (Saturday market stall), Deeney’s toasted sarnies (Saturday market stall), as well as Fin and Flounder’s crab-cake burgers (at #71). 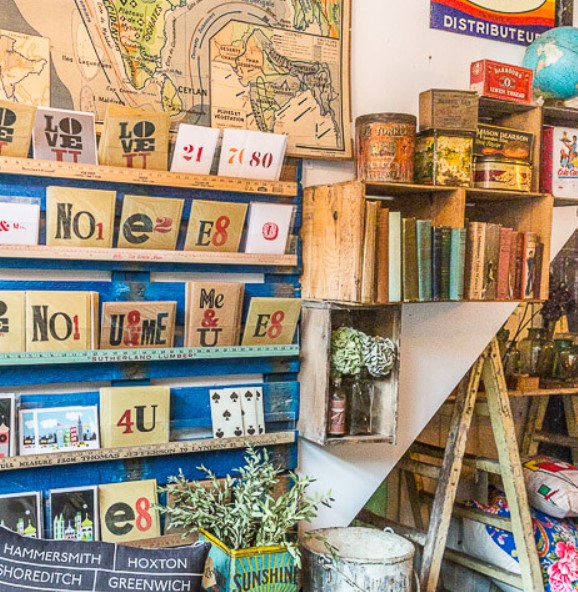 London Fields, next door and for its part, got its name because it formerly lay just outside Hackney, on the London side; it was first recorded as early as the 13th century and the name itself was registered in 1540.  It was made a public park in 1872, with London Fields underground station opening in the same year, and London Fields Lido was opened in the early 1930s and is today the city’s only 50-metre heated outdoor pool.  The church of St Michael and All Angels was rebuilt after its predecessor was bombed in 1945.

The next day, we made the trek to Greenwich and straddled the Meridian line.  We also learned about the Thames, the “royal river” and “London’s grandest street … an ideal stage for displays of pageantry, demonstrating the nation’s wealth and power … and also Britain’s industrial and commercial gateway to the world”.  (We hope to have brought a tiny inspirational thought or at least some lightness or a smile to you with “a poem about the Thames for the early morning”.)

We now feel quite ready for Christmas after walking our way around and across London in this Christmas month, almost as if we were prepping ourselves for the festivities to come.  Of course, we have declared our love of walking London quite a few times already, a more recent one being this.  And we have a few more walking quotes:

Walking is a way to come home, to connect with the world.  There is no map with the best route for that.”

During the act of walking, ideas come to mind, thoughts get processed and digested, imaginations and memories are set free.”

But of course there is T S Eliott:

We shall not cease from exploration
And the end of all our exploring
Will be to arrive where we started
And know the place for the first time.

Wishing everyone a festive season with inspirations and insights!